The menstrual cycle is the process in females that corresponds to the maturation of an egg cell, maturation of glands and uterus lining, ovulation of the ripened egg, sperm entry into vagina, implantation of a fertilized egg in uterine lining for gestation.

There are three stages that comprise the menstrual cycle: menstruation, proliferative phase (ovarian follicle development), and secretory phase (uterine endometrial secretion). The length of these phases varies between women. The average time span for all three phases is 28 days with a range of 20-35 days. Menstrual cycle length may change with age due to changes in absolute levels of steroid hormones or pituitary function.

Menstruation is the first stage of the menstrual cycle. It signifies that menstruation has begun by the shedding of the uterine lining. The menstrual blood consists mostly of blood lost from the inner lining of the uterus through the vagina. The normal menstrual flow consists of both blood and tissue, with an average total of 30-80 ml. Menstrual flow may be light or heavy with the amount varying among women. The duration of bleeding varies between 3-7 days with normal being 4 days.

The next stage is a proliferative phase which begins after the bleeding stops, anywhere between 6 to 12 days after menses have begun. The proliferative phase lasts until ovulation occurs around midcycle (14th day). Early during this phase estrogen rises rapidly while progesterone remains unchanged. The cause of rising in estrogen is the preovulatory ovarian follicle that secretes an increasing amount of estrogen to initiate the growth of the uterine lining for implantation.

Rising estrogen levels cause the hypothalamus to secrete gonadotropin-releasing hormone (GnRH) to signal interstitial cells of the anterior pituitary gland to secrete luteinizing hormone (LH). LH stimulates the secretion of progesterone by corpus luteum which luteal cells are differentiated granulosa cells surrounding immature secondary oocytes after ovulation. During this stage, the endometrium becomes thicker, vascular, and glandular as it prepares for possible implantation.

The secretory phase begins after ovulation when LH surge induces ruptured follicle to convert to corpus luteum which continues to secrete estrogen and progesterone. The endometrium is now fully mature for implantation of a fertilized egg in the endometrial lining. Estrogen peaks twice during the secretory phase, first during ovulation rise that induces final maturation of uterus lining and second around the time of implantation.

If pregnancy occurs, the human chorionic gonadotropin hormone (hCG) maintains secretion of progesterone by the corpus luteum until the placenta takes over at about 8 weeks. If no implantation occurs the levels of estrogen and progesterone start declining due to degenerating corpus luteum, causing menstruation to begin after 14 days.

Variations in the menstruation cycle

Every woman has her own cycle and it can vary from month to month through the average is 28 days. The variation of the menstrual cycle can be due to many causes which include:

What will you feel like during the menstruation cycle?

During menstruation, a woman will experience some discomfort when bleeding from the vagina. Women have been known to experience cramping and backaches during periods due to uterine contraction. Some women also complain of bloating in the hands and legs which is related to fluid retention in the body caused by hormonal fluctuations that take place during the menstrual cycle.

Headache is another symptom that can be associated with PMS. Sometimes nausea or vomiting occurs before or after a period due to hormonal changes that occur during the monthly cycle. If a woman ovulates late, her periods might arrive earlier than expected but this is not considered as irregularity since it does not happen often enough. Other symptoms associated with menstruation include mood swings, irritability, and depression.

What can you use during menstruations?

There are a lot of options for you: pads, tampons, menstrual cups, menstrual sponges. How to choose the one that will fit you? Well, it depends on whether or not you want to be at home or go outside.

If you are a good planner, then a menstrual cup is the best option for you; it can stay in for up to 12 hours and there won't be any leakages. Menstrual cups come in latex and silicone versions, but the latter one is better because it molds itself according to your body. You also get rid of tampons' risk of toxic shock syndrome (TSS).

However, if you can't plan your days around periods well enough, try pads. Pads make you feel fresh all day long since they protect against leaks very well. But they have a major disadvantage: they require changing several times a day during heavy flow days so you might have to go back and forth between home and work frequently.

Another option is using tampons during your period days. They are easy to use, but you have to change them every 4 hours or so since they absorb flow faster than pads. Also, there's a chance of TSS associated with their use too because tampons can easily push bacteria deep into the vagina when inserted.

You don't need to worry about being caught off-guard if you have menstrual sponges in your bag all the time; they soak up fluids immediately and stay put for up to 8 hours at least until you take them out. If you already tried different menstruation products before, then you know that it feels like having a bath on your own when you use a sponge. 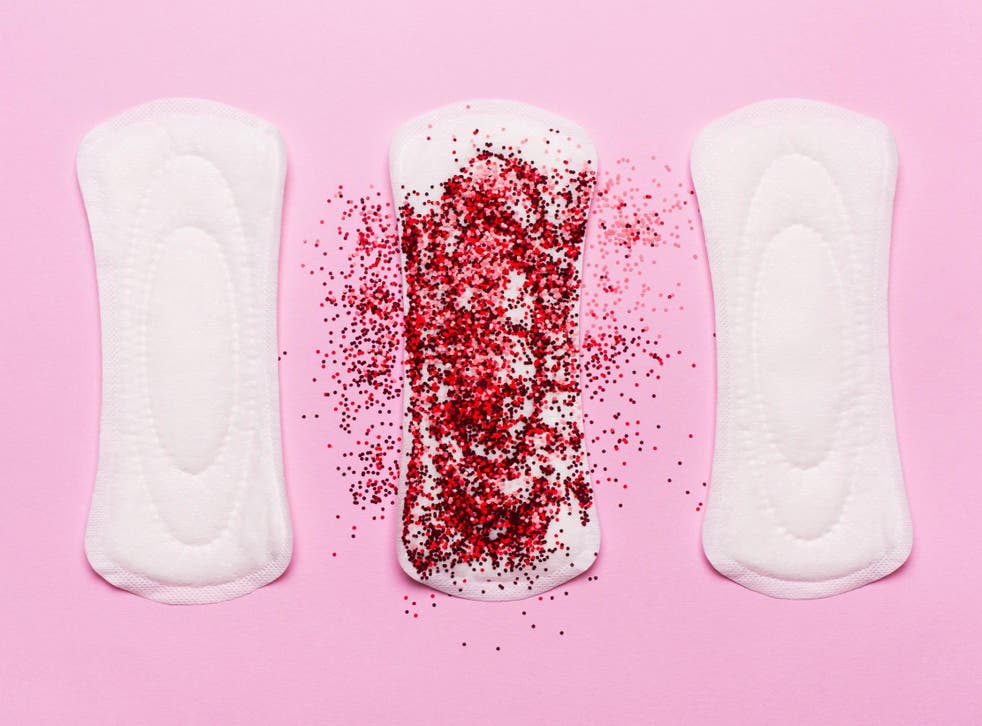 One thing you have to keep in mind when choosing menstruation products is your skin type and the frequency of period days.

If your period comes every 21-35 days, then menstrual sponges are best for you since fewer changes mean lesser chances of developing allergies or infections. But if your periods come more often than every 28 days, then it's better not to wear them too often; once a month would be alright.

Most women who prefer tampons say that they like using them especially during heavy flow days because pads may feel uncomfortable and cause chafing sometimes. They can wear tampons even on light flow days and there's no need to change them as frequently as pads require since they absorb blood quickly.

There are also women who prefer pads because they don't like the feeling of something stuck in their labia during periods. Pads can help them control leaks better than tampons, but it might be uncomfortable for some to wear them when they feel wet all day long. It's best not to use products that cause allergies or infections; consider this before buying menstrual products.

Cramps during periods are usually the result of uterine contraction to expel blood and endometrial lining. Some women experience severe pain that keeps them from going about their daily routines while others only feel mild discomfort that goes away quickly.

It is possible to reduce menstrual cramping by taking warm water baths before and after periods start, massaging the abdomen with a heating pad set on low heat, massaging toes and ankles too because these areas can sometimes be affected as well, consuming ginger tea or supplement to reduce muscle contractions as well as bloating.

One teaspoon of ginger powder added in hot milk or orange juice works best. It is also beneficial to apply castor oil on the abdomen and drink castor oil mixed with warm water too. You can also use hot compress to relive pain.

Yoga exercises that increase circulation in abdomen, back and legs are very helpful too. These include simple poses like cat-cow pose, bridge pose, etc.

While it is perfectly normal to experience discomfort or pain during menstruation because of uterine contractions, if someone experiences severe pain for more than an hour or two every month accompanied by fever and nausea, this might be a sign of a serious problem and should be addressed immediately since these symptoms could lead to some severe health problems like endometriosis (a condition in which tissue similar to uterine lining grows outside the uterus), cancer of reproductive organs, etc.

What happens during the ovulation process?

Ovulation is the process of releasing a mature egg from one of the ovaries. This usually occurs fourteen days before menstruation. During this stage, hormone levels rise and cause more blood to flow through fallopian tubes which nourish and support fertilized eggs and prepare the uterus for pregnancy. If a woman does not conceive during this time period then her egg dies and she gets her period once again after a few days.

If you do not want to get pregnant then it is advised that you avoid sexual intercourse two weeks prior to the expected date of your periods because chances of getting pregnant are highest when the egg is released (ovulation). You should also make use of protection like condoms or other contraception methods if you do not intend to have a baby.

After menstruation, the uterus goes through hormone changes that make it suitable for pregnancy and this process is called as proliferative phase . You need to learn more about menstrual cycle if you want to avoid becoming pregnant as well as identify regularity in your periods. That way you can ensure that you use contraception methods correctly to prevent pregnancies from occurring. This is very important for those who are not ready to have babies or those who do not wish to get pregnant before marriage . 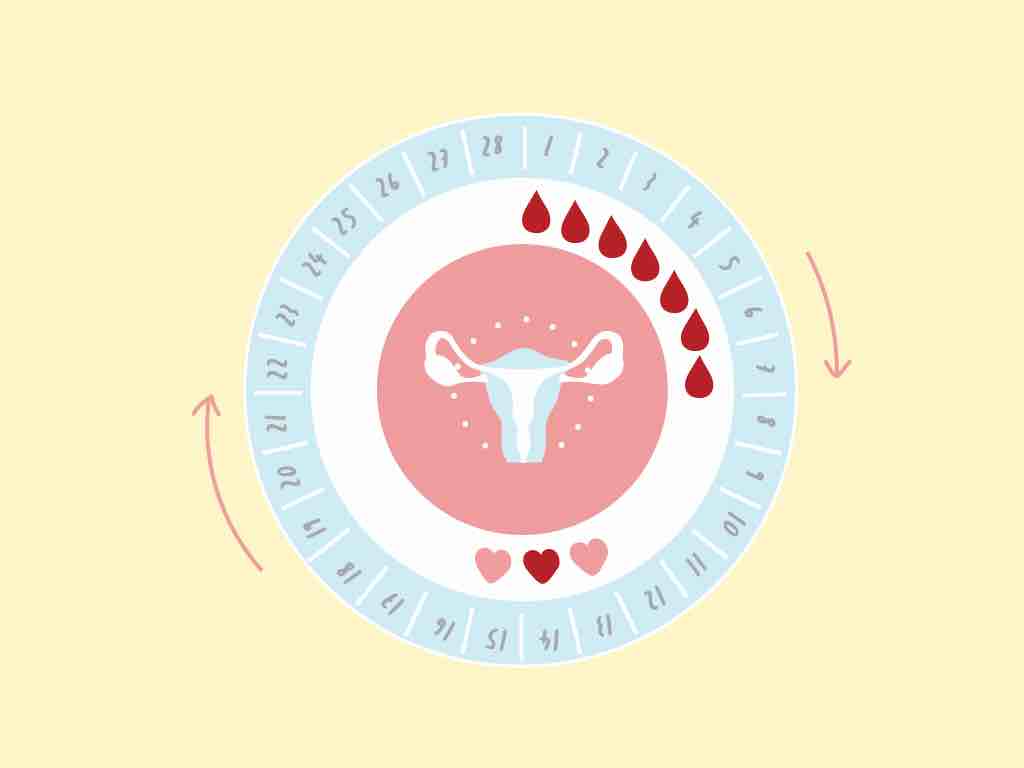 Unfortunately, there are no foolproof contraceptive methods so even though you take medicine regularly after consulting with a doctor, it is possible that they might fail sometimes due to improper usage or other factors so it is better to be safe than sorry when it comes getting pregnant early in life without proper marriage.

Many women also experience pain and discomfort during periods and while some might not be bothered by it, others suffer greatly because of this. However, menstrual cramps can be treated to some extend and you should take steps right away if your period cramps cause severe pain or discomfort that keeps you from doing daily chores .

There is an infertile window before periods for about 4-5 days every month when sexual intercourse could lead to pregnancy. To ensure that fertilization does not occur, one should try avoiding sexual activity 2 weeks before expected date of periods. Contraception methods like pills and injections may fail so it is better to be safe than sorry because unwanted pregnancies can ruin the lives of many people especially those who are too young to take care of babies.

If you do not wish to conceive early in life because marriage will happen later in life, then you need to take precautions anyway by avoiding unprotected sex infertile periods. That is why it is taught in schools that one should keep away from sexual activity for about 2 weeks before the expected date of periods. This will ensure that fertilization does not occur so when you get your periods after a few days, they are surely your normal monthly periods that do not signal pregnancy.

However, if there is a chance of pregnancy then don't forget to consult with a doctor and use contraception methods like condoms or contraceptive pills until you decide whether you want to conceive or not because getting pregnant without proper marriage can be very difficult for many people who are not financially independent enough to support the family.