Infertility is the inability to conceive after at least one year of unprotected intercourse.

Genes are your hereditary information passed down from parent to child, like eye color. They provide instructions for many things in life including fertility! We all know that infertility can be caused by some genetic diseases (like cystic fibrosis or hemophilia), but what about other non-diseases causing infertility?

Some genes affect how well you respond to infertility treatments and chances of having twins, triplets, etc. So knowing your genetic background could help doctors better understand your current situation. A new study found some novel variants (a variation within a gene) related to increased rates of fertility which was confirmed in more than one population.

Another study pointed out that infertility risk among first-degree relatives (parents, siblings, children) is higher for women with mutations in the BRCA1/2 genes. This could be because these same variants are also responsible for increased rates of cancer which require more intense treatments like chemotherapy and radiation therapy.

This study suggests that if your mother took fertility medications you are at a greater risk of doing so yourself! The predisposition to improved fertility may have significant implications for predicting response to ovarian stimulation in IVF cycles.

Whether or not you take medication doesn't matter, it's all about how well our genes respond to the medication given.

Do genetics help you to have twins?

Having twins is not only related to the mother's age but also genetics! One study found that women with a variant in a gene called FSHB had a higher chance of having two babies at once because the allele was associated with increased levels of follicle-stimulating hormone (FSH) which in turn led to more ovulation.

Another study involved 781 Australian twin families who were surveyed about their IVF cycles. After genetic analysis, researchers found that infertility genes did play an important role in the success of fertility treatments. This means that your family's history could help doctors understand what kind of treatment will be most successful for you.

Also, a study analyzing data from Denmark, which is a country with complete medical records, found that the risk of twinning varies between families. For instance, if the mother has a sister who has twins, she herself will have a higher chance of having twins too.

What genetic factors cause infertility?

Genetic factors can play an important role in infertility, making up as much as 40-50% of all fertility problems. BRCA mutations, Oxalate metabolic disorders, Polycystic ovary syndrome (PCOS or Stein Leventhal Syndrome), and Premature ovarian failure are all genetic factors that can contribute to infertility.

In addition, if the father has one or two severe genetic diseases it increases the chances of having a child with infertility by 4 times! Having both parents carriers for a severe genetic disease increases the likelihood their child would also be infertile by 14 times! Other studies have shown that women with mutations in the FSHB gene are at an increased risk for having twins. 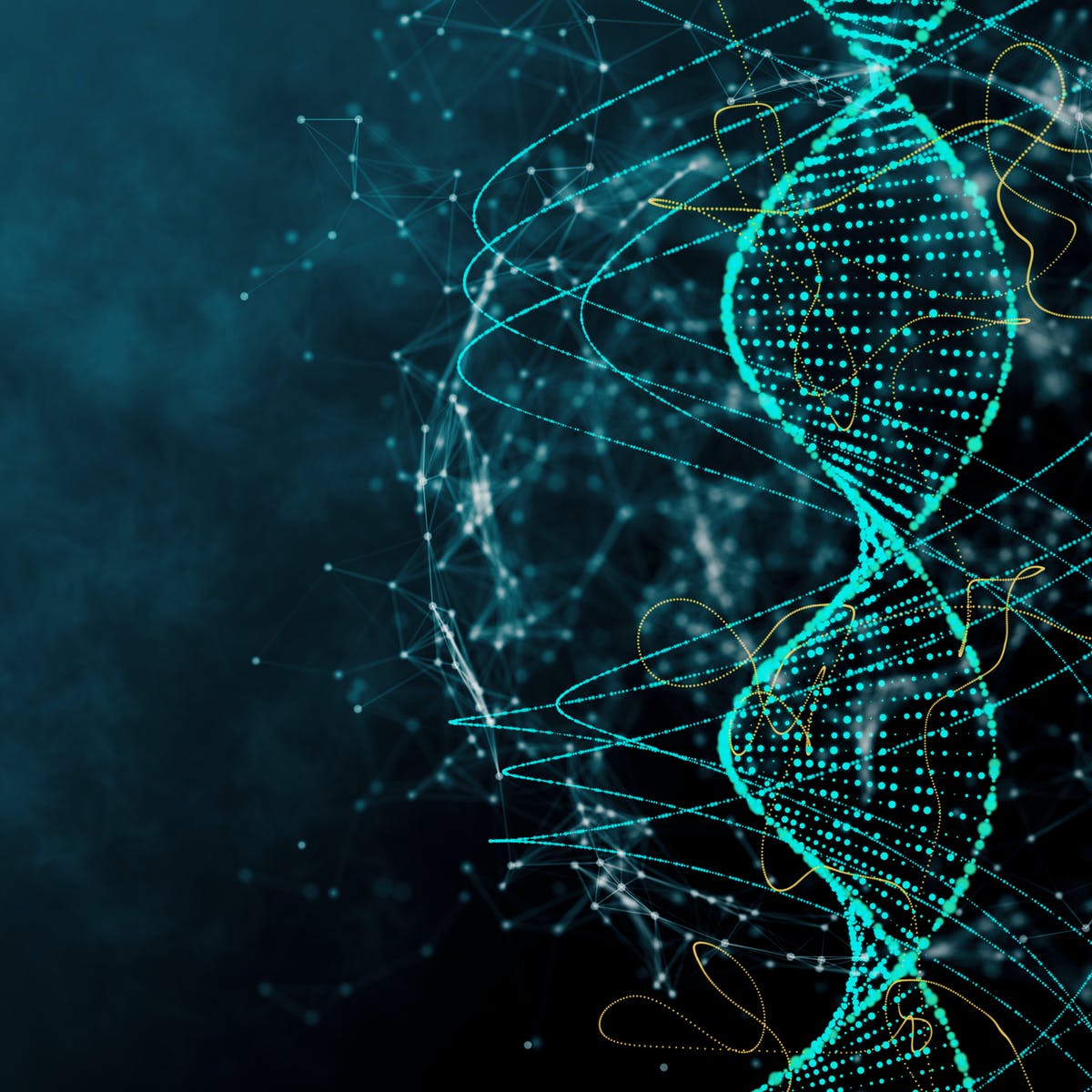 Does an infertile father mean the daughter will be infertile?

What if your mom is ok, but your father was infertile. Does that mean you will be infertile too? Unfortunately, yes. One study found that if the father of a child had one or two severe genetic diseases it increased the chances of having a child with infertility by 4 times! Also in this same study, when both parents were carriers for severe genetic disease, the likelihood their child would also be infertile soared to 14 times greater than usual.

What about your other relatives?

Some studies have suggested that infertility in first-degree relatives (i.e. our parents and siblings) is higher for women who carry mutations in the BRCA1/2 genes. Women carrying these genes are at a much higher risk of developing pituitary which can lead to fertility problems, as well as various other types of cancer.

Studies have also shown that women with mutations in the FSHB gene are at an increased risk for having twins, which may help to explain why some families have high rates of fraternal twins.

Another study surveyed 781 Australian twin families who had been undergoing IVF treatment and genetic analysis revealed that infertility genes do play an important role in the success of fertility treatments. This means that your family's history could help doctors understand what kind of treatment will be most successful for you.

The effects on male infertility are not clear yet but it is becoming more prevalent to check the male partner for any genetic abnormalities before beginning treatments. So, basically does determine how fertile you are, but there are a lot of factors.

What is a genetic blood test and why do you need it?

You should ask to have your genetic blood test done in order to determine whether or not you are a carrier for any of the diseases mentioned above or other infectious diseases.

Genetic blood tests allow you to find out if there is anything wrong with your genes, and if so the doctors can develop a plan of action for treatment. Genetic testing allows people who are carriers of these diseases to decide whether they will have children knowing that they are at risk, or if they would rather not take that chance.

What are the chances to be fertile if you have bad genes?

However, even if you are a carrier for one of these diseases, your family history should give you an idea of how likely this is to happen. Carriers have about a 50% chance of passing on the disease gene, so if both parents are carriers there is a 25% chance their child will also be infertile.

On the other hand, if you only know that your father was sterile, but not why or what caused it then chances are you won't develop any fertility problems. It's important to remember that even though there may be some risk associated with being a carrier for certain genes, many people who are carriers go on to conceive healthy babies all the time. Sometimes having good timing and getting the right medical help can make all the difference in whether you are able to have children.

So even if you have only one parent who has infertility genes or both parents who lack fertility genes, there is still a 25% chance for you to be fertile. If your grandparents on the other side do not have infertility issues then that number will rise drastically! It's also important to remember that there are many factors that go into getting pregnant and producing healthy babies, so just because you're a carrier for some of these diseases doesn't mean you'll never be able to conceive. I hope this helps.

Can you be the first infertile person?

If your kin is healthy and has good genes, is there any possibility that you may be infertile? First of all, everyone has some chance to be infertile. But if you have good genes and health in your family, the chances are lower than when there is a history of infertility or disease in your family.

One way that we can determine whether someone carries infertility mutations is by doing a genetic blood test. The most accurate type of genetic blood test is called FertilityCheck. It was developed by the Genetics & IVF Institute and over 100 peer-reviewed publications support its accuracy. Genetic testing with this method is very comprehensive and examines 36 genes (mostly related to male infertility but also including BRCA1/2) for over 600 different variants.

If there are no fertility issues with anyone in your immediate family (e.g., your parents, siblings) then it's less likely that you would have fertility problems compared to someone whose family has had children who were unable to conceive on their own. Of course, there are always exceptions, but this is the more likely scenario. 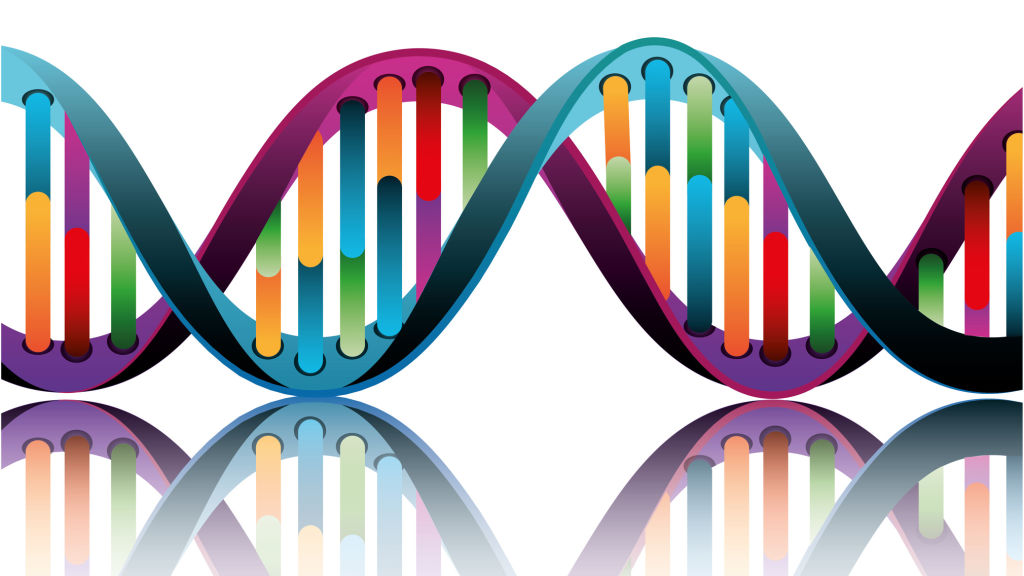 What also may affect fertility?

There are a lot of factors that can lead to infertility. The following are just some of the more common risk factors for male and female infertility:

What genes you don`t get from your relatives?

It is interesting, that not all traits, habits, health conditions, diseases, and disorders are transferred from parents to their children. Thus, there are a number of diseases that can only be acquired during a lifetime.

For example, no matter what genetics has your mom or dad, you can`t inherit an illness such as schizophrenia or Huntington`s disease. Also, the genetic predisposition to diabetes is transmitted only partially.

You may also be surprised by the fact that some people have a certain gene, which increases the risk of cancer, although they are at greater risk of developing this disease than other people.

There are many more examples proving that genetics doesn`t always work in the same way as it was believed before.

Genetic inheritance is not something immutable and predestined. Today, everything largely depends on how you live your life and on the environment where you grow up. These factors play an important role in determining what kind of genes will actually express themselves (when exactly these genes will turn on or off) later on during your lifetime.

The information about infertility and its causes and risk factors mentioned above should give you some idea of what may contribute to your fertility. If there is a history of infertility in your family, it might be helpful for you to learn about the risks ahead of time so that you can catch any potential problems before they become too difficult to treat.

Even if you don`t have such a family history, taking care of yourself by making healthy lifestyle choices will go a long way toward supporting good reproductive health. Plus, it will help support all-around health and well-being which is always a good thing!

As we get older, our fertility changes - this isn't something that we can change or control, but how these changes affect us means that we need to attend to our fertility in different ways throughout our lives. Understanding these changes and how they will affect you is something that can help you with planning your life, or simply appreciating the changing times of fertility as you age.